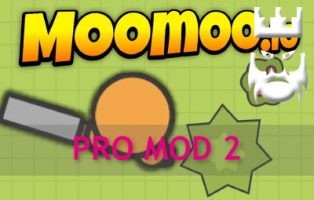 Moomoo.io Pro Mod 2 is finally out and ready to download on igamemod.Com website where users from all over the world can search mods and play hacked games.

This mod is a follow-up to the success of the original one. Using the latest-generation scripts with a combonation of classic MMPM UI edits.

Below are several subjects you can do using this script;

To get more interesting scripts, visit igamemod.Com from time to time and also subscribe to our mailing list to be informed at the very first place to get an advantage upon other players.

Attention: None of the mods and this Moomoo.io Pro Mod 2 published on our pages belong to our website. Due to the nature of the mods, they are developed by independent developers and published on the internet. As God Mods we compile the most popular mods on a single page for any io game. We do not accept any responsibility for any possible unwanted conditions due to the use or download of these mods. Users should download these at their own risks and we never store any part of these mods in our databases.